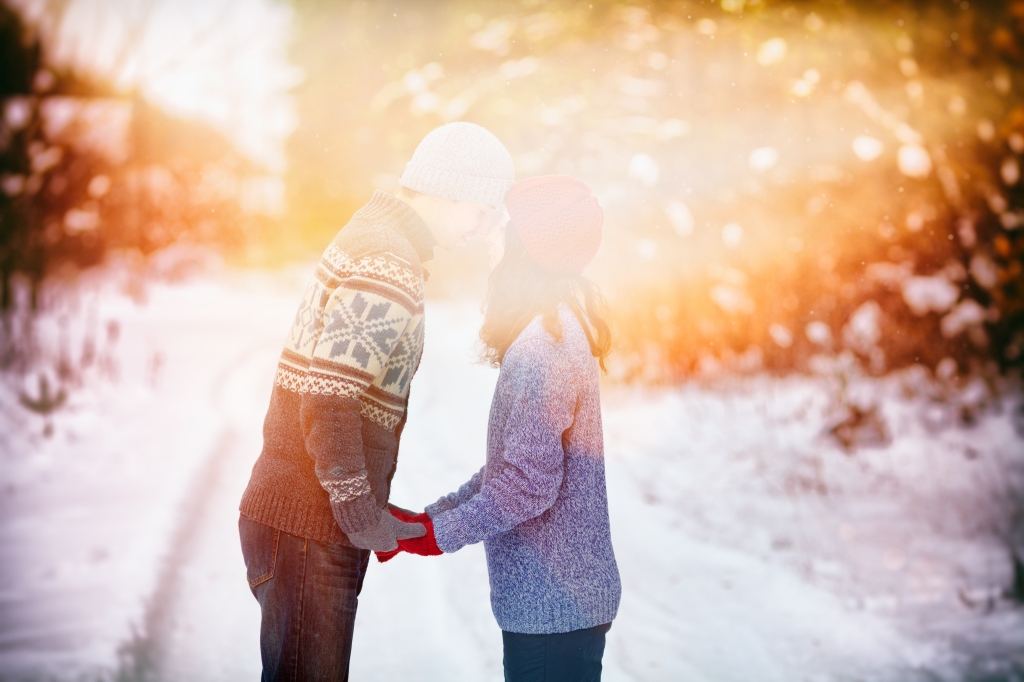 You wake up in the morning and look outside the window and it’s grey and miserable and all you want is to get back into bed and cuddle up with your boyfriend or girlfriend. The room feels cold because the heating hasn’t kicked in yet, so the idea of getting up just seems horrific when there is a bed that is still warm and the thought of having some cuddles and maybe even some morning sex just seems like heaven. The only issue is, whilst you’ve got the bed, you don’t have the other part. Thus we enter another round of ‘Cuffing season.’

It’s underpinned by one simple notion; I don’t want to be alone.

For those of you unfamiliar with Cuffing Season, it occurs in the autumn/winter months when people that would normally rather be single, promiscuous or just not tied down, suddenly find that they long to be coupled up with someone. The knowledge that christmas is coming along with the anticipation of cold and long nights means that the desire to be free and single is overshadowed by the yearning to have something more meaningful which is underpinned by one simple notion; I don’t want to be alone.

But trust me, that’s just your doubt getting the better of you.

The issue with this is that it can lead to settling. Where we might normally be more choosey with our selection of romantic partners, now there is a willingness to overlook potential flaws or misgivings in the hope that this person might be the one to solve the feelings of loneliness. Only in reality, we know that is not the case because when has settling ever worked for anyone? When did settling for average ever result in the spectacular? When did not holding out for the best ever mean full satisfaction? It’s like being hungry for steak and then going to McDonalds; you might solve the problem in the short term but you’re never going to be happy with the end product. The truth of it is that when we are influenced by the seasons and feelings of discontent, we make bad relationship choices. That person we say yes to, even though we know that we’re not really interested, could actually be anyone. But anything seems better than nothing and that gnawing feeling of being alone is one that creeps into every part of our subconscious. It makes us feel like we are not alright by ourselves, like something might be wrong with us because why is everyone else coupled up and we’re not? But trust me, that’s just your doubt getting the better of you. Bet on yourself and your awesomeness and just know that it’s okay to not be coupled up and have it all figured out, because who knows what the future will bring. One thing I know for sure is that settling will only lead to more discontent in the long run and so you’re better off going after who you really want and if you don’t know who that is yet, then just chill. By all means find someone, or more than one, to keep you warm at night and have some fun with, but don’t con yourself into thinking it’s something more if you know that it’s really not.

You know what I mean, that forever kind of love. The stomach tightening, butterfly making, hot, passionate, sometimes painful, inconvenient, can’t think of anything else, will die without it kind of love.

So this Cuffing Season try something different. Rather than getting upset that you haven’t found someone yet and then going out and settling for someone who isn’t right for you, maybe causing you to miss out on the real thing in the process, instead embrace the fact that you’re being true to yourself and how happy you deserve to be by recognising that you have the right to have the kind of romance that blows your socks off. You know what I mean, that forever kind of love. The stomach tightening, butterfly making, hot, passionate, sometimes painful, inconvenient, can’t think of anything else, will die without it kind of love. It might be just around the corner, or it might be a few years away, but when you find it, your world will change and you’ll know that being stubborn with your heart was worth it. This Cuffing Season, take a look at the person you’re thinking about getting with and consider what you feel when you look at them. If you know in your heart of hearts that this is a date you would never normally go on or a relationship you would never normally enter into, then do yourself a favour and take a step back. Sometimes feeling lonely or discontent can cloud your view and stop you from seeing the woods for the trees, and that way only leads to bad decisions. No, like I said, when you look at them, you should know that this is someone who could excite you in the coldest depths of winter to the warmest days of summer. The type of person that makes your day just because you’ve seen their face. It’s like buying new clothes, if you didn’t absolutely love it when you tried it on, you’re not going to like it anymore when you get home and you’re just going to end up wanting to take it back, whereas if you kept shopping who knows, you might have found the outfit you’d been dreaming of.

It’s all perspective I suppose. But if I were you, I’d stop listening to the inner voice that whispers ‘I don’t want to be alone’ and instead focus on the idea of ‘I just want to be happy.’ Because that’s what really matters and what you deserve. It may not be convenient and it may not be easy, but if something is worth it then a little sacrifice and longing is a small price to pay.

So bet on yourself. Maybe they house takes you for all your worth, but maybe, just maybe, by next Cuffing Season, you’ll be holding all the cards and walking away with the jackpot.