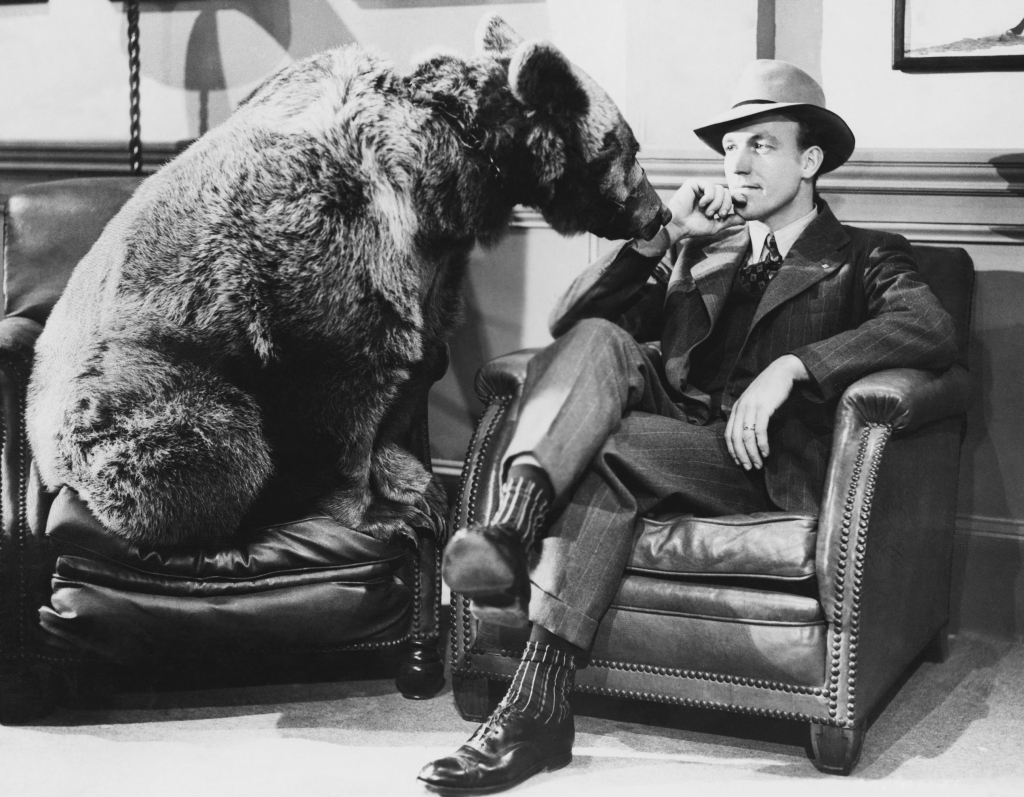 It occurred to me the other day, whilst having a particularly weird conversation with a friend of mine about what it would be like to befriend a bear and use it to ride into battle, that blokes talk about some really crazy shit. I sometimes see girls looking at us when they overhear the things we talk about and commonly hear phrases like ‘lord give me strength!’ and ‘you boys are ridiculous!’. I can’t really disagree, but it’s in this ridiculousness that we find a joy that’s just hard to explain. It’s like trying to explain why it’s so funny when Peter Griffin fights the chicken in Family Guy. Why does it last so long?  😂😂😂 But a lot of girls don’t seem to get it! So there is no real point to this post except to give examples of some of the ridiculous man talk I’ve had recently.

“What would you do if the head of your knob was a lizard? Like, it turned into a lizard or a T-rex but only when you had a boner?”

“Not interested unless my cock had the head of a lion.”

When talking with a guy who’s 4 years younger than me: “What if we were actually twins? If my parents had just waited 4 years to register my birth certificate. Like, the people would be like, I’m sorry madame, that’s a 4 year old child, not a baby.”

“Ummmmm…does he have to finish?”

“That’s horrific. But yeah go on then.”

“If you could only have one of Superman’s powers, what would it be?”

“But you don’t have the speed remember.”

“I always assumed the speed came with the flight?”

“Fuck. I’m gonna have to really think about this.”

“You’re in prison right and you’re gonna get bummed by two guys, one with a massive one and one with a small one, who goes first?”

Serious deliberation then takes place amongst the group.

“Gotta be the big one right? ‘Cos then you won’t feel the small one so at least you really only get bummed the once.”

The room then erupts into an argument about the etiquette and best practice for surviving prison rape.

So random. So weird. Yet so funny at the time. That’s the thing about Man talk, it’s completely pointless and yet is one of the best things about being a dude. Don’t get it? I wouldn’t worry.